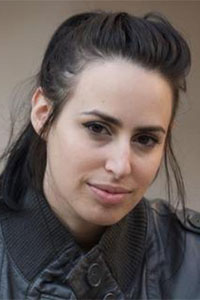 Tami Liberman (b. Tel Aviv, 1983) is an ethnographic filmmaker, video editor and lecturer working in Tel Aviv and Berlin. In 2007 Tami graduated from the Film Department of Tel-Aviv University with a BFA with honours and began working as a video editor in the Israeli film and television industry. She edited various genres such as documentaries, fiction and prime time television shows and was awarded a scholarship in the field of editing by the America-Israel Cultural Foundation.
Editing the German feature film Unbelehrbar led Tami to move to Berlin in 2010 where she completed an MA degree in Visual and Media Anthropology at Freie Universität Berlin in 2013. Her thesis film, Napps - Memoire of an Invisible Man won two awards at Achtung Berlin Film Fest and Best Documentary Award at AIIFF Festival 2017, and was screened in dozens of art events, conferences and festivals such as Festival dei Popoli. Her short ethnographic film Home in Mind has been screened in 30 festivals worldwide. Tami is currently developing her next video projects while working as an editor and teaching courses in visual anthropology and video editing at Kibbutzim College Tel Aviv, College of Management Rishon Lezion and Freie Universität Berlin.