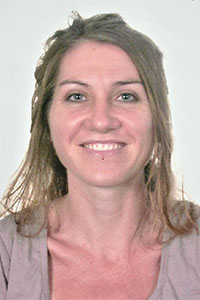 Dr. Lisa Katharina Grund completed her Ph.D. in Social Anthropology (2017) at the Centre for Amerindian Studies, University of St. Andrews. She holds an M.A. in Social Anthropology with Visual Pathway, from the University of Manchester, where she was appointed Honorary Research Fellow, between 2018 and 2019. In her doctoral research among the Makushi people of southern Guyana, which explores Makushi conceptualisations and practices of movement, she employed audio-visual fieldwork methods and was engaged in various collaborative film projects with the indigenous communities. During her Ph.D. and as a postdoctoral researcher she has worked in projects which document endangered languages (DoBeS) with several Amerindian groups, in particular the Aikanã, who live in the southwestern Brazilian Amazon. These interdisciplinary projects, linked to the Museu Paraense Emílio Goeldi, Brazil, the Max Planck Institute, in Nijmegen, Netherlands and the ZAS in Berlin, focus on video and audio documentation and result in a cultural and linguistic archive, as well as digital encyclopaedia. She was also engaged throughout in the training of indigenous collaborators in camera and video editing, as well as joint film making.