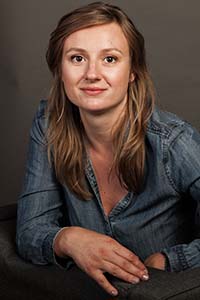 Janina Findeisen is an anthropologist, investigative journalist and researcher with a MA in Social and Cultural Anthropology (FU Berlin) and Comparative Studies of Religion and European Anthropology (HU Berlin). Her research focusses on extremism in Germany and the Middle East, specifically the digital and visual influence related to online networks of new terrorism and their influence on propaganda.  As a journalist she has worked for the The Guardian, the investigative unit of the German newspaper “Süddeutsche Zeitung“ and the German television stations “NDR“ and “WDR“. Based in Berlin she has completed the short film and documentary “Berlin Muslims“, 23 min and “Reise in den Tod“, 15 min for ARD. She is currently working on a documentary feature film about extremism in Germany. Her book “My room in the house of war” was published at Piper publishing house.