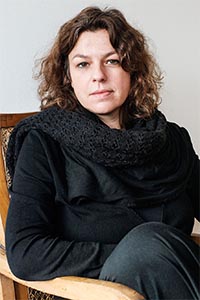 Judith Albrecht received her Master’s degree in social anthropology, Latin American Studies and Sociology at the Freie Universität in Berlin, and gained her doctorate there in 2011. She has worked as a Social anthropologist in Germany and abroad since 2003, lecturing at a number of different universities and colleges.

In 2002 she completed a Master’s degree in Documentary Filmmaking at the Filmwerkstatt Münster, and since 2003 has also worked freelance as a documentary filmmaker.

She draws from many years of research experience in East Africa (Tanzania in particular), Iran, Libya, Germany, and the United States.

The thematic focus of her work is gender visual anthropology, social movements, conflict and memory, violence, transnationalism and diaspora research. The underlying focus of her work is the changing social realities and practices among individuals and groups in relation to political upheavals, religious radicalization, globalization, and migration.

Her rescent research project focuses on “grief, trauma and social justice in Germany”.

Since 2015 she has been the initiator and coordinator of the exchange program “Transcultural Filmmaking: Oral History and Cinema”, with TaSuBa College and the Institute for Social and Cultural Anthropology at Freie Universität Berlin. The exchange program resulted in the founding of the German-Tanzanian Bagamoyo Film Collective. Started as a student exchange at the intersection of shared postcolonial heritage and transcultural filmmaking the collective has produced around ten short films.