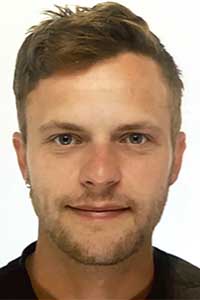 Daniel Wood (Dan) is a research associate with the Department of Humanities at HMKW Berlin and the project coordinator for the BMBF and DAAD funded project LION, a partnership between HMKW and the National University of Kyiv-Mohyla Academy (NaUKMA). At this position, Daniel helps coordinate between HMKW and NaUKMA staff, lecturers and students, as the project shares modules and digital learning environments with M.A. students from Ukraine.

Daniel graduated with a B.A. from Harvard University in 2019, magna cum laude with highest honors in anthropology and a secondary in psychology. He has worked in housing and homelessness in Massachusetts and in journalism in Yangon, Myanmar. His undergraduate thesis describes how journalists in Yangon resisted/became co-opted in military authorized narratives of the Rohingya genocide under the rise an independent media sector during Myanmar's so called "democratic" transition (2010-2021). The ethnography, Writing Against the Bengali Crisis, was awarded the Evon Z. Vogt Prize for best thesis in social anthropology at Harvard in 2019. He also completed a short film about the 2021 military coup and Spring Revolution in Myanmar, titled The Revolution Must Succeed.

Daniel’s M.A. research in Visual and Media Anthropology at HMKW Berlin focused on the work of several exile media platforms in the city. With a multi-sited and collaborative approach to fieldwork, the project involved various Berlin-based journalists from Syria, Turkey, Azerbaijan who continue their work across borders. The ethnography, Making the News from Exile in Berlin, highlights various digital news making practices and theoretical interventions of migrant journalists who share an experience of exile in the city.

Daniel currently lives in Berlin Neukölln and is happy to answer any questions you may have about the LION project and M.A. Visual and Media Anthropology.