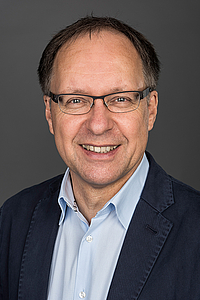 For Markus Ziener it was the goal from his youth on: To work as a reporter for a newspaper - and preferably abroad. At first, this "foreign country" was the GDR for a few months before the two parts of Germany were reunited. Then in the 1990s it was Moscow, later, after the attacks of September 11, 2001, the Middle East and finally the USA. Why in these places? Because Markus Ziener wanted to be at the places of the events, wanted to understand why certain developments took place in this way and not otherwise.

Markus Ziener entered journalism through sports at the local newspaper "Nürnberger Zeitung": with reports and features on field hockey, weightlifting and water polo - marginal sports that no one was really interested in. Then the circles were enlarged, via stations at Bayerischer Rundfunk, Frankfurter Rundschau, Handelsblatt and Financial Times Deutschland. Soon the real purpose was found: Politics and business. Why? Because both fields are so closely connected. Because business makes politics. And because politics often makes the wrong economic decisions. You have to know about both in order to analyze them correctly. And so that in the end the overall picture that the reporter paints is correct. For this, studying sociology, economics and a doctorate in politics was more than useful.

And now? Now is the time to pass this knowledge on to the next generation, the young people who are hungry to become reporters and who want to understand how things are connected economically. This is exactly what Markus Ziener is doing now. At HMKW.

"The digitalization of the media is probably the greatest challenge for journalism. But that doesn't change one thing in the least: that the profession of journalism is still one of the best."