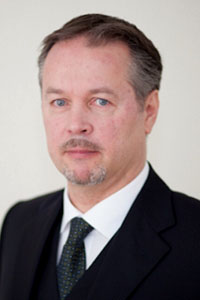 The research and consulting work of Dr. Markus Erbach focuses on the topics of identity and organisational development of companies, especially the reference to their different stakeholders (multi-stakeholder integration). The term "enterprise" covers all purposefully acting organisations, such as commercial companies, educational and research institutions, non-profit organisations, associations, communities, authorities, governments, etc.

After a short study of painting restoration at the École du Louvre Paris (1982), Markus Erbach studied graphic design at the Fachhochschule für Gestaltung Mannheim with a focus on corporate and brand identity (1983-88). As a layout assistant for an advertising agency near Frankfurt and with his own design office in New Zealand (1985-86), he gained international professional experience during his studies. He completed his studies in graphic design with a diploma thesis for the Daimler-Benz AG Mannheim plant (1988). Since then he has been developing and supporting identity and brand projects for companies and organisations at home and abroad, most famously .berlin (www.dot.berlin), the world's first and so far most successful city ending on the internet (launch 2014). After reunification, Markus Erbach studied Social and Business Communication (Gesellschafts- und Wirtschaftskommunikation) at the University of the Arts UdK Berlin 1992-97 (Universität der Künste UdK Berlin); diploma thesis: Identity in Hypermedia – Identity of Organisations in Non-linear Environments (Identität im Hypermedium – Identität von Organisationen in nicht-linearen Verhältnissen). From 2000 to 2010, in addition to his consultancy work and dissertation, he regularly taught in business and communications courses at private and state universities. In 2009 and 2010, Markus Erbach taught the first two groups of students at the University of Media, Communication and Business HMKW Berlin (Hochschule für Medien, Kommunikation, Wirtschaft HMKW Berlin/University of Applied Sciences) in Corporate Communications and led the first student HMKW project with a commercial enterprise.

In his dissertation "Identity Matching - Content Integration In Strategic Communication" (Logos Berlin 2011), Dr. Markus Erbach developed the Identity Matching approach, which has been called "Pragmatic Identity Matching PrIM" since 2015 and has been published internationally. With PrIM, companies, organisations and public authorities can analyse and innovate themselves in detail and align their offers and statements in a structured and planned manner to the needs of their various target and stakeholder groups or directly involve the stakeholders (multi-stakeholder integration). Dr. Erbach began his interdisciplinary dissertation at the TU Dresden (Technical University Dresden) at the Department of Philosophy / Communication Science (2004-2007) and continued at the University of Potsdam at the Department of Business Administration / Marketing (2008-2010; doctorate in 2011). Since 2014, Dr. Markus Erbach's identity matching research has been affiliated with the University of Media, Communication and Business HMKW Berlin (Hochschule für Medien, Kommunikation, Wirtschaft HMKW/University of Applied Sciences).

In June 2015 Dr. Markus Erbach founded the Pragmatic Identity Matching Academy (PrIM Academy). The on-the-job training is offered on demand and is aimed at members of companies or independent consultants who want to acquire and practice the moderation of the development or renewal of organisations according to the Pragmatic Identity Matching concept (degree as PrIM Moderator, further training as PrIM Master). It was a PrIM moderator (pastor) trained at this Academy who applied the PrIM concept in the Protestant Church in the Rhineland in a total of 14 different projects.

Since 2011 until today, Dr. Markus Erbach has been further developing the Pragmatic Identity Matching concept with other researchers and in various applications. PrIM has been successfully used in more than 30 projects: for the development or innovation of organisational identity, e.g. in medium-sized companies in various industries; in church congregations and leadership circles of the Protestant Church in the Rhineland; for a proposed legislation for the re-training of young people considered untrainable; for an ISO certification of a company in quality management; or for the development of a part-time MBA program up to the curriculum. Finally, PrIM was described in application to the structured planned change of regions (structural change of the lignite region Lusatia / Lausitz 2017-18).

Dr. Markus Erbach holds lectures and seminars about Pragmatic Identity Matching PrIM in Switzerland and abroad, e.g. in 2014 in New York at the symposium "New Technologies in the Digital Humanities" at Baruch College in Manhattan, and in the same year in Zurich at the 13th international Science-to-Business Marketing Conference on Cross-Organizational Value Creation with PrIM in cooperation projects. Dr. Erbach presented the Pragmatic Identity Matching concept in September 2019 in Qingdao/China in application to the management of the economic sustainability of the Belt and Road Initiative (Chinese Silk Road) on its way through the different partner nations. The presentation "Managing Economic Sustainability of the Belt and Road Initiative by Applying Pragmatic Identity Matching PrIM" is dealing with the planned consideration of national differences between the development partners in the Asian, Arab, African, Russian and European cultures. It demonstrates in an exemplary way in which PrIM can be used to integrate the local resources, knowledge contributions and specific development interests of the participating co-developers in the context of the major development goal of the global Chinese initiative in a way that is profitable for all sides. A scientific article deepening this subject was published in Springer Nature Journal of Innovation and Entrepreneurship in Sept. 2021 (see below).

The participation at „wirvsvirushackathon.org der Bundesregierung“ (initiated by the German Government) March 21-22 2020 with the development team of the Check the Fact App against fake news: