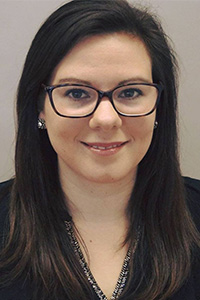 Katharina-Luise Kittler works as Head of Communications and Government Relations at the American Chamber of Commerce in Germany (AmCham Germany). Before joining AmCham Germany at the beginning of 2019, she also worked in public relations and political communications at the Association for Medium-Sized Enterprises and Economics of the Christian Democrats in Germany. Katharina is a trained journalist and worked as as freelancer for a variety of media outlets, such as the magazine WirtschaftsWoche and RTL Television. She holds a B.A. in American Studies and Political Science and an M.A. in American Studies. During her studies, she completed a semester abroad at the University of Houston and focused on PR management there. When not at work, Katharina is passionate about American literature, podcasting and enjoying Berlin’s art and food culture.