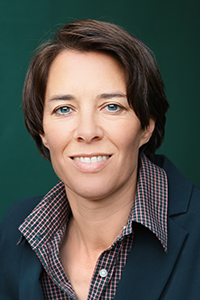 Prof. Dr. Undine Frömming is the director of the Master's Program in Visual and Media Anthropology. She received her PhD (Dr. phil.) in 2005 from the Institute for Social and Cultural Anthropology at the Freie Universität Berlin, Germany. In addition to her interest in Visual and Media Anthropology, she specializes in Environmental Anthropology. She has completed several visual anthropological fieldwork studies in Eastern Indonesia, in East-Africa (Tanzania), in Iceland and in different online communities about blogging and social media marketing. She published many articles and books about Digital Environments, virtual worlds and on disasters. She was one of the principal investigators of the third party funded (BMBF) research project ANIK (Visualization and mapping of Alpine risks in times of climate change) and one of the principle Investigators of the European Union research projects 1) WRITER. Writing, Reading, Inclusion. The European Richness. She worked for TV Broadcasting studios in Berlin and has her own company that produces viral videos for environmental education.