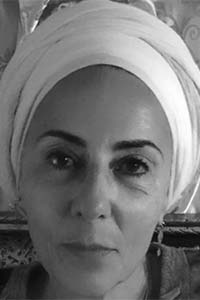 Nadine Wanono, trained as Visual Anthropologist by the late Jean Rouch, who was her PhD director, was also Visiting Fellow from the National Film School. she has a research tenure position at the CNRS (National Center for Scientific Research) at the Institut des Mondes africains, CNRS-Paris1. She conducted her fieldwork among the Dogon people in Mali, where she produced several films, which were selected in numerous ethnographic film festivals and broadcast on Arte. As Visiting Associate Professor at UCSB, she started research on the role and impact of digital technologies in visual anthropology.

In 2011, to promote new forms of expression in social sciences and to encourage creation as a method and means of investigating reality, she initiated an encounter (Digital Anthropologies) in collaboration with Le Cube, digital art centre,. In 2016, as member of the Labex HASTEC (History and Anthropology of Knowledge Technologies and Beliefs) she pursued her research on Techniques Of (Making) Believe and the construction of belief, its manifestation and its propagation. She focused on the technical objects, the machine-tools (magic lanterns, cameras, computers, programs, robots, etc.) conceived to give credit to beliefs, demonstrate them, and transform them into knowledge. She received a funding from the Labex to organise the manifestation Digital Anthropologies at Point Ephemere in Paris and for two years scholars, artists, enginers were invited to share their experiences, as improvisations, screenings or workshops. With Côme Ledésert (PhD), they initiated a collaboration with the Senselab, Laboratory for Tought in Motion, in order to encourage new forms of expression to share knowledge and to invite the audience to fully participate in the event. In 2019, the manifestation AN#7 was organised in Berlin at Ausland as a Summer School, funded by UFA (French-German University), Leuphana University, Senselab, IMAf.

University of California Santa Barbara and Freie Universität: History of Visual Anthropology and its Evolution,  Media Anthropology, Digital technologies, From the Frame to the Flow: introduction to experimental forms of representation of our data.

In parallel, she focused on soundscapes and conceived three prototypes: