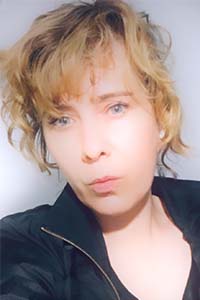 Angélique Kommer, producer for fictional series and feature films, studied documentary film directing at the Filmhochschule Baden-Württemberg in Ludwigsburg. She worked as a freelance filmmaker in the areas of directing, casting, editing and production on various feature film and TV projects. Most recently, she was responsible for film financing as Head of Finance and Production at the Berlin-based production company Syrreal Entertainment, working on feature films such as "Abgeschnitten" and "Freies Land" or streaming series such as "Dogs of Berlin" and "Sløborn". Since 2021 she is CEO of the film production company CAB Film GmbH and Executive Producer of the Warner TV Original Series "Greenlight - German Genius".