Media activism has been a burning issue at least since the recent protests of the "Black Lives Matter" movement. This semester, Dr. Philipp Budka is leading the seminar "Media Activism" in the course of studies M.A. Visual and Media Anthropology and he immediately picked up the current developments there. We talked to him about his approach to the topic, the emergence of media activism and upcoming student projects.

On which aspects of this field is your seminar "Media Activism" particularly focused?

Media activism can be understood very generally as a form of activism that aims to bring about social and political change through media practices. The seminar deals with the phenomenon and research field of media activism, especially from a cultural, social anthropological and ethnographic perspective. This means that cultural comparison, critical contextualization and social change are the central issues.

To what extent are the current protests in the United States, and in many other countries around the world, being discussed in the seminar? Or have they perhaps even spontaneously been made the subject of the seminar?

The "Black Lives Matter" movement in the USA, which in the meantime can be understood as a global protest movement, is not part of the elaborated course plan, but of course this - as well as other current phenomena relevant to media activism - will be taken up and discussed with the students. For example, questions about the significance of visual material and its distribution via social media, or questions about information and disinformation processes and practices will be dealt with.

What would you say were the beginnings of media activism?

This depends on the forms of media communication to which one refers and how broadly the term "media" is defined. For example, even paintings and messages on walls or early forms of theatre that criticise social and/or political grievances could be understood as media activism.

Current media activist research focuses primarily on mass media communication and for example, civil society projects and initiatives since the late 1970s have endeavoured to critically question and change the global media and information order, which is dominated above all by nation-state institutions and global media corporations.

A key moment here was certainly the report of the MacBride Commission appointed by UNESCO, which noted inequalities in the media representation of the Global South and accordingly developed proposals for solutions, which became known as the "New World Information and Communication Order". 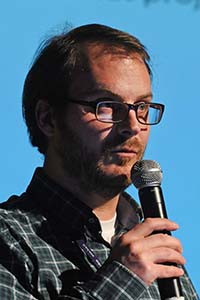 How do you introduce the topic in your seminar?

For me, it is essential here to address the manifold and complex connections between media activism and globalization, (de-)colonization, power and conflict, and to include them accordingly in the analysis of concrete case studies. Historical developments are as important here as current processes.

There are many examples. But since I have also been involved with indigenous media for many years, the example of the Zapatistas in Mexico and how they globalized their struggle for human and land rights with the help of national and international support and solidarity networks and various forms of early Internet communication is particularly interesting for me. Thus, despite state-controlled media, the Zapatistas managed to develop from a regional indigenous movement into an internationally acclaimed social movement and a global media phenomenon.

What are the advantages and disadvantages of media activism?

Media activism is a part of activist practices that can be successful or less successful. Social media, for example, offer wonderful opportunities for networking and distributing content, but also allow state institutions to monitor and/or manipulate activists. It is important to keep this media ambivalence in mind.

What is the aim of the seminar?

Students will get an insight into the phenomenon of media activism by means of different case studies. They learn about the connections to other phenomena and topics as well as a variety of theoretical concepts and concrete methodical approaches that support them in critically dealing with the topic.

What other projects are planned for your course? Will your students also be engaged in practical projects?

In this course, students are given the opportunity to work on topics independently, to present them and to summarize their results in a final text. In the coming weeks, students will give presentations on the role of Instagram in the "Black Lives Matter" movement, as well as on the current situation of the Zapatistas, an indigenous-initiated social movement in Mexico that already in the mid-1990s relied heavily on global support networks and the Internet.

In addition to student projects, we will get to know and discuss further media activist case studies and related theoretical concepts and methodological approaches, from Anonymous and the Indignados movement to indigenous media initiatives as a form of cultural activism.

Dr. Budka, many thanks for the interview and we wish you all the best for the current semester.

This text has been translated from German into English. You can find the original interview here.