Everything fell into place perfectly for journalism student (and now graduate) Joël Pütz (M.A. Convergent Journalism, now: Digital Journalism): After his internship abroad at the online magazine Parlons Basket in Lyon, he was offered a job there and is now happy to have a permanent position as an editor. We asked him, among other things, what he particularly liked about his internship and what advice he would give other students for their own stay abroad. 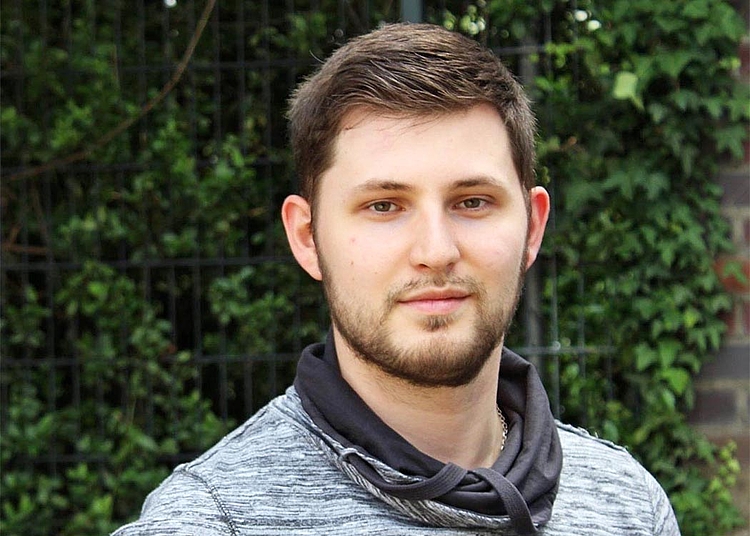 At which company and in which department did you do your internship?

I worked in Lyon (France) at the online newspaper Parlons Basket. As the name suggests, this is primarily a basketball medium, with a focus on news from the US. In addition, we also edit articles on boxing and mixed martial arts. My job there was that of editor, along with two other editors as well as an editor-in-chief.

How did you like it? Would you recommend it to other HMKW students?

I liked it a lot because it practically allowed me to do my dream job. I would definitely recommend it to other students, but with a few conditions: excellent language skills in French and English are necessary.

Plus the cultural aspect - but I'll get to that later.

What was the biggest challenge during your internship abroad?

Actually, I had to get used to speaking a language other than German on a daily basis. That also applied to writing, by the way!

Please tell us more about your areas of work: What were your main tasks during your internship? What content from your studies was reflected in your work or helped you in particular?

As already mentioned, I worked as an editor. This includes not only writing articles, but also finding topics that may interest the audience of the online newspaper. That's a big challenge of online journalism: uniting audience-centric relevance (what do readers care about?) and journalistic relevance (which stories to write, which ones matter?). Since the United States are in a different time zone, we have to work in early, day and late shifts. Since I studied journalism at HMKW, I used my knowledge to optimize my work.

Did the internship help you in terms of career aspirations and future plans?

Definitely. In fact, after the first internship, I added a second one, for four more months. And that paid off, because it meant I spent a total of nine months at Parlons Basket, which gave me a long-term employment contract at the end of December. Now I'm officially employed as an editor with no strings attached.

What would you recommend to other HMKW students for their internship/time abroad?

This is especially true for those who suffer from homesickness. For this reason, one should inform oneself as much as possible about life abroad before the internship. If you don't know anyone there, it's easier if you at least understand the people.

Thank you very much for the insights into your internship abroad and congratulations again on your successful career start. We wish you all the best!