Following an invitation by Prof. Dr. Kim Murphy, Jane Cunningham and Philippa Roberts gave an online guest lecture at HMKW Berlin on Monday as part of the MA in Public Relations and Digital Marketing. The co-founders of the British market research agency PLH Research (Pretty Little Heads), specializing in female target groups, spoke about their new book "Brandsplaining", in which they examine sexism in the advertising industry and how to fix it. 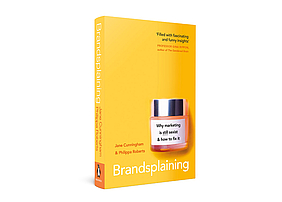 For 15 years, Cunningham and Roberts have been analyzing female target groups and how women are addressed in marketing, on the one hand, but also as consumers. In their new book "Brandsplaining," Jane Cunningham and Philippa Roberts show the enormous discrepancy - between the women as they are portrayed in the media and advertising, and the women we encounter in our everyday lives. They argue that advertising still promotes a highly idealized image of women, assigning stereotypical characteristics to them and reproducing classic role models.

In their book, however, they also take a close look at current campaigns that seem to support messages of so-called "fempowerment". For feminism itself has long since arrived in the mainstream media and is taken up in advertising in the form of so-called "femvertising" in order to showcase the own brand as supposedly progressive. But what's behind the commitment of large companies promoting a more diverse image of women in advertising? A question that was eagerly discussed by the participating students after the lecture.

We would like to thank the two guest speakers very much for the exciting lecture on this socially highly relevant topic as well as the numerous insights into their work. The students certainly also got some impulses for their own research on this topic.