Beina Xu, graduate of M.A. Visual and Media Anthropology, successfully entered the media industry: After her master's degree, she now works as an editor and video producer at Deutsche Welle. We talked to her about her career entry, her first (even award-winning) film project and the greatest challenges of her journalistic work. 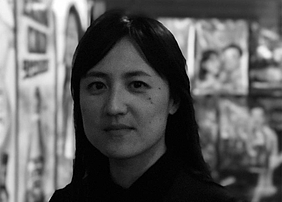 What comes to mind when you think about your studies?

Ways of seeing, to borrow from John Berger. Upending perceptions of the world and its representations.

You acquired a Master of Arts in Visual and Media Anthropology. What is your current job position?

I work as a writer and video producer at Deutsche Welle, a German broadcaster. I'm also an independent filmmaker, and tend to dabble in written-word things.

Did you get any further work experiences prior to your current position that you would like to share with us?

I'm not sure making a film counts as work experience, but I was cobbling together my first film "Forget Alberto for Now", applying for grants and such. It's a short essay film that probes how we construct narratives about migration (by showing how we failed to make a documentary about a refugee.) We ended up getting generous public funding for it, and it premiered at IFFR Rotterdam just before the pandemic hit. I'm deeply grateful for all the support I received for that project.

I'm not a career-driven person, so I suppose I'm the wrong person to ask. As long as I'm in a place where I can indulge my research compulsions, have a platform for resistance, and sometimes buy my daughter overpriced cake pops, I'm good.

Why did you decide to study M.A. Visual and Media Anthropology?

I wanted to go back to school, and didn't believe in the education system in which I was raised (a small, isolated country called the US). VMA married my lifelong interests in art, theories, and people.

Which contents of your studies are part of your current job? How do your studies help you in your work routine?

As a video producer and editor, I am constantly questioning how people and cultures are being represented. Is this video reinforcing a dominant narrative? Does it make us see in a different way? How are people being shown—what is their agency in this piece of media we are blasting out to millions of viewers across the world? Working at a German institution as a woman of color and a foreigner means that it is an everyday task to insist on examining power relations and the politics of representation.

I'm an archive nerd, and have a few ongoing projects—one about the encounter with a trove of VHS tapes recording my family's migration from China to the US (which I actually took on for my MA thesis), and the other is about German colonialism in China. The pandemic has been throwing a wrench in my decolonization plans, though.

After my MA I had a big fight with myself about whether I wanted to go into academia. I eventually realized, after heading back to media (and by virtue of economic necessity), that I could actually make a bigger impact there – and of course everyone has a different definition of impact. Media just reaches so many people. When I'm cutting footage, writing scripts, or challenging editorial decisions, I'm thinking only about how this could move the needle on public discourse. That's so important to me. Of course the form is extremely limiting, and that's why I have a separate art/research practice. But the privilege of being in a position to influence what's being beamed out to the world on a mass scale is huge, and something I never take for granted.

The biggest challenge is definitely carving out space and separating yourself from certain political realities. Media inundates you with injustice on a daily basis, and it's important to take care of yourself amidst all the rage.

What would you tell fellow students that study Visual and Media Anthropology?

Be critical—that's what you're here for. Academia is also an institution, although it should theoretically be the last place to just accept the things you're told. Question that—how is knowledge being produced? By whom?

Which characteristics should students have who want to study Visual and Media Anthropology?

They should find humans totally incomprehensible and thus interesting, and they shouldn't want to study finance.

Thanks for the interview. All the best for your future!